ATHENS (Reuters) - A humanoid figure dressed as a maid holds a jug in its right hand and, as hidden gears click and whirr, lifts it and pours wine into a cup a bystander has placed into the palm of its left.

The robot is a recreation of the automatic servant of Philon, designed more than 2,200 years ago by a Greek engineer and operating though a complex mechanism of springs, weights and air pressure that also allowed it to dilute the alcohol with water. 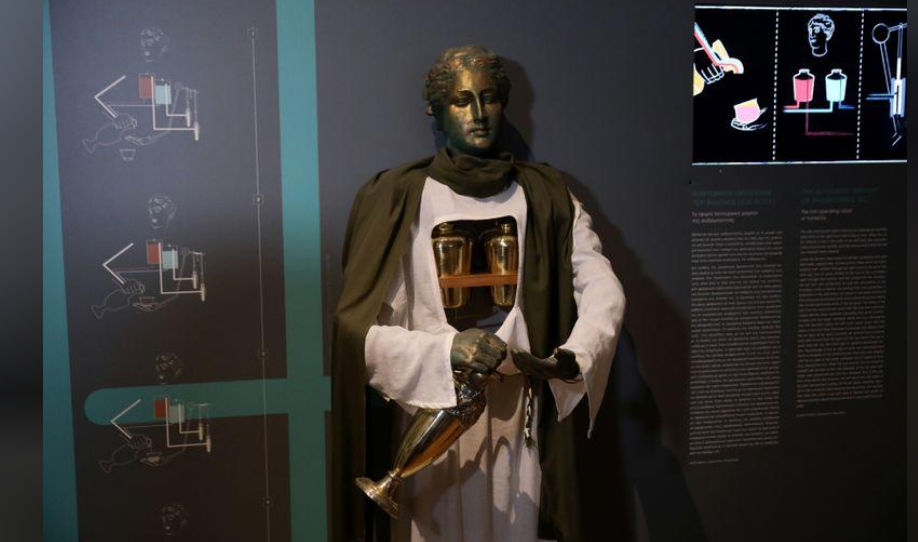 It is the focal point of an exhibition of more than 100 inventions that highlight the vast extent of Ancient Greece’s technological legacy and also features an analogue computer, an alarm clock and automatic fire doors.

“By just opening up the hood of a modern car, you will see bolts and nuts, screws, automatic pilots. All of these were just some of the inventions (pioneered)... by the ancient Greeks that were the building blocks of complex technology,” said exhibition director Panagiotis Kotsanas. 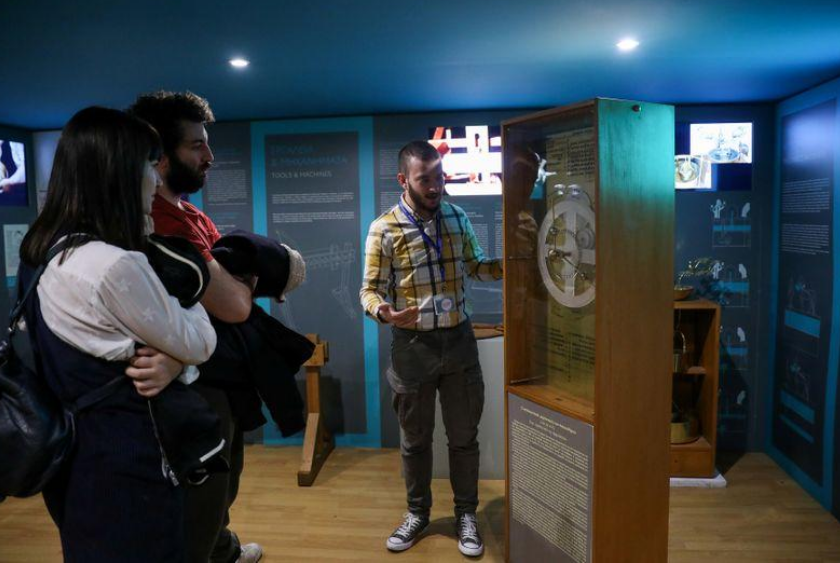 The exhibits are explained with audio-visual material and detailed diagrams, and many are interactive.

The automatic doors of Heron of Alexandria were considered a miracle of the gods. Installed in a temple, they opened when a fire burned on its altar, to the awe of those spectating.

Viewed as a precursor of the computer, the 2,000-year-old Antikythera mechanism forecast astronomical and calendar events using gears and dials.

The philosopher Plato’s alarm clock used a hydraulic system of ceramic jugs filled with water to ‘ring’ with a chirping sound at the desired time. 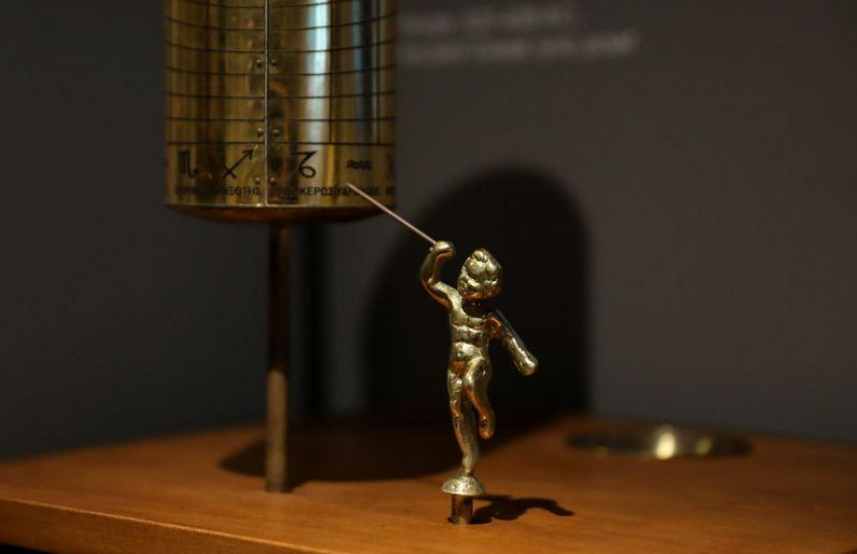 A detail of the hydraulic clock of Ktesibios. Kotsanas Museum of Ancient Greek Technology, Greece.

Other recreations include Polybolos, a repeating catapult capable of launching arrows in succession, examples of cryptography to send coded messages in times of war, and the Pyoulkos, a syringe used for injections and to remove pus.

The exhibition is on permanent display at the Kotsanas Museum of Ancient Greek Technology in central Athens.

Reporting by George Georgiopoulos; writing and editing by John Stonestreet
Reutors
"You never change things by fighting the existing reality. To change something, build a new model that makes the existing model obsolete." R.Buckminster Fuller