Underwater excavations at Lechaion, the ancient harbour of Corinth, provide insight into engineering by the Roman Empire. 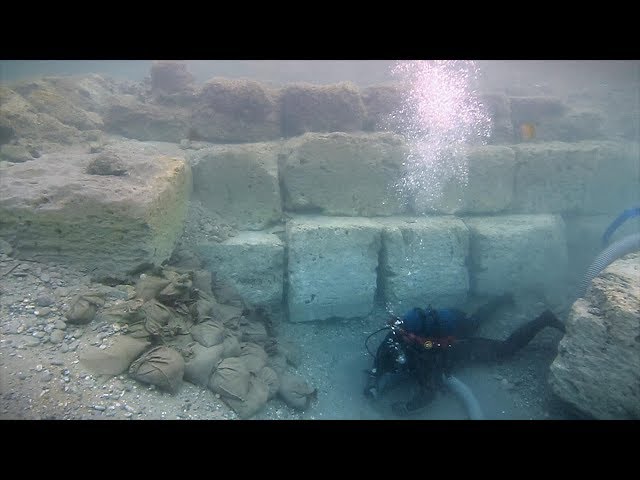 New archaeological excavations at the ancient port of Corinth have uncovered evidence of large-scale Roman engineering. Named Lechaion, the port was one of a pair that connected the city of ancient Corinth to Mediterranean trade networks. Lechaion is located on the Gulf of Corinth, while Kenchreai is positioned across the narrow Isthmus of Corinth on the Aegean Sea. These two strategic harbours made Corinth a classical period power, but the Romans destroyed the city in 146 BC when conquering Greece. Julius Caesar rebuilt the city and its harbours in 44 BC, ushering in several centuries of prosperity. Recent excavations by the Lechaion Harbour Project have revealed the impressive engineering of the Roman Empire.
[media]
[/media]

Caesar’s Corinthian colony developed into one of the most important ports in the eastern Mediterranean. Ships filled Lechaion with international goods and Corinth became so well known for luxury and vice that a Greek proverb stated, “not everyone can afford to go to Corinth.” However, while ancient coins depict a formidable harbour with a large lighthouse, visible remains of Lechaion are scarce. Visitors to the coastline today can see the foundations of two large structures forming the outer harbour, but otherwise the remains are buried under centuries of sediment. The excavations are beginning to reveal the secrets of this largely forgotten port.

Click here to read the rest of the article.
Source: The Guardian
"You never change things by fighting the existing reality. To change something, build a new model that makes the existing model obsolete." R.Buckminster Fuller