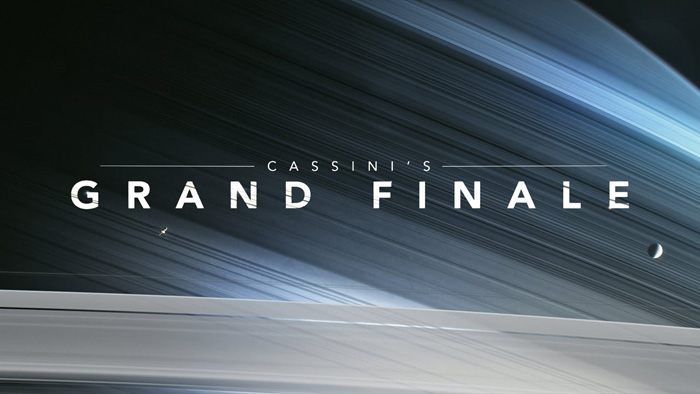 NASA’s Cassini spacecraft (launched in 1997) has been in orbit around Saturn since 2004 exploring the giant planet, its spectacular system of rings and moons. Cassini was also carrying with it the European Huygens Probe which was dispatched after arrival and successfully landed on the moon Titan, becoming the first human made craft to land on a surface in the outer solar system.

In 2017 - after more than a decade of bringing home remarkably successful scientific achievements, discoveries and a treasury of gorgeous photos – the spacecraft is running out of fuel to maneuver. In order to protect the moons Enceladus and Titan, and their potentially life-bearing sub surface oceans, from possible contamination in the unlikely event of a future collision, it has been decided to take Cassini permanently out of service. This is done by crashing the spacecraft into the atmosphere of Saturn - but not without doing some amazing science on the way.

22 times, Cassini dives through previously unexplored gap between Saturn and its rings, collecting new data on the mass of the rings (used to help determine their age), measurements of Saturn’s gravity and magnetic fields (used to help understanding its internal structure) and sending home stunning views of Saturn’s clouds and the rings – seen from a closer range than ever before.